Dr Sagar is the CEO and co-founder of Soul Machines, and director of the Laboratory for Animate Technologies at the University of Auckland’s Bioengineering Institute (ABI). He is being recognised for his work developing new technologies to humanise artificial intelligence.

In 2016 with UniServices help, Dr Sagar created a spin-out company called Soul Machines. This has led the development of virtual infant BabyX, brought to life by computational models of the brain and nervous system. BabyX has gained worldwide attention for its pioneering biologically-based approach to artificial intelligence.

Dr Sagar has a PhD in Engineering from the University of Auckland and was a post-doctoral fellow at the Massachusetts Institute of Technology. While employed as Supervisor of Special Projects at Weta Digital and Sony Pictures Imageworks, he developed technology for the characters in blockbusters such as Avatar, King Kong, and Spiderman-2. His pioneering work in computer-generated faces was awarded scientific and engineering Oscars in 2010 and 2011.

Dr Sagar joined ABI in 2011 and set up the Laboratory for Animate Technologies.  This creates “live” computational models of the face and brain by combining bioengineering, computational and theoretical neuroscience, artificial intelligence and interactive computer graphics research. 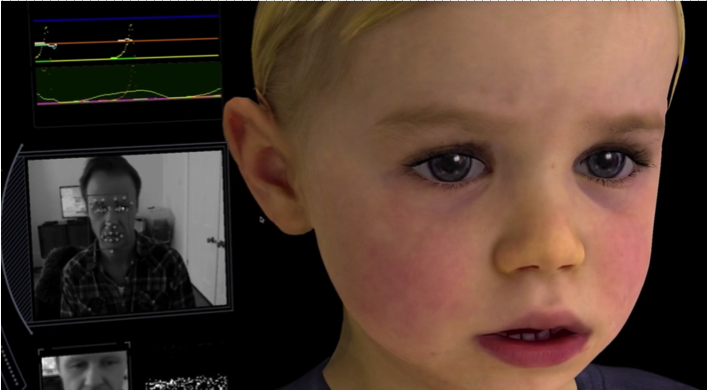